2017-ART/INSTALLATION/WORKSHOP. This is a Workshop addressed to those who have concerns with Media Art, Digital culture, Critical Economy, Electronics and Internet of Things (IoT). Theoretically, it introduces concepts, examples, art-works and books in order to understand Bitcoin and Blockchain world. Practically proposes to work with a basic electronic circuit, welding and microcontrollers building a playful bitcoin miner. The objective is to transform daily life objects (E.g. Maracas, hammers or salt shakers) into Bitcoin miners able to connect to the blockchain, calculating a hash to trying to get a reward of 12.5 Bitcoins. Keywords: Device Art, Critical Engineering, speculative design, Wireless interface. 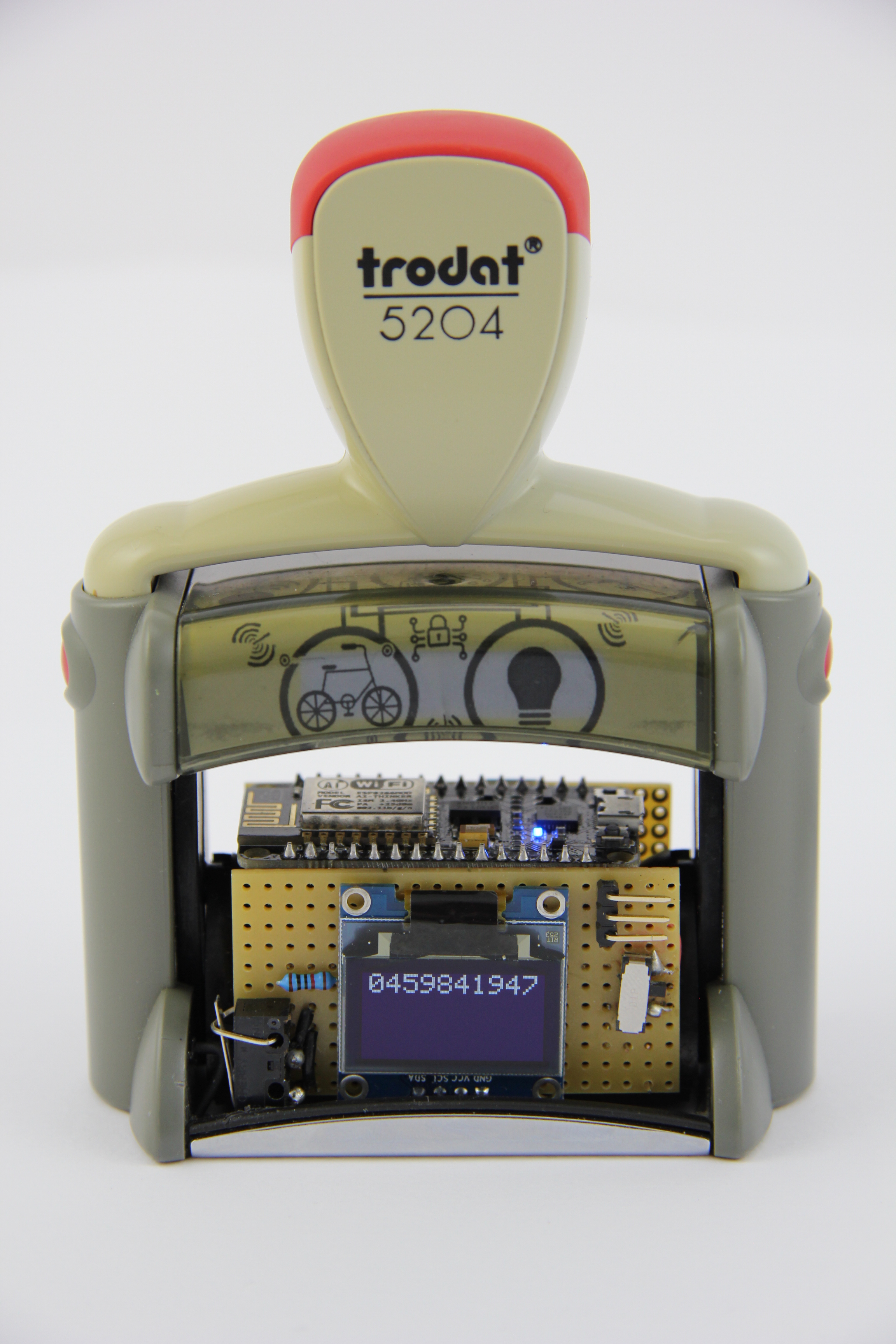 The Bitcoin was conceived as an electronic decentralised system for capital transactions. Each node (user) had the same opportunities to get a reward when validating a transaction. In the last years, this system has triggered in a competitive struggle in which computing power is the most important variable for earning Bitcoins. This involves the use of large equipment, computers farms spending physical and environmental resources. A dispute that benefits only the owner of the most powerful and efficient technology. Causing A BIG WASTE OF ENERGY!!!! Bitcoins of Things (BoT) transforms this “Crazy” way of producing Bitcoins into a playful Lottery.

HOW!!!!?? The Bitcoin mining process consists of finding a random number called “Nonce”, which added to the Headerblock and through a Hash function returns a number (hash value) that if starts with a sufficient number of zeros (difficulty) can be validated by the Blockchain network. When this number is found a reward of 12.5 Bitcoins (approx 4300€) is earned by the miner.

Participants will build a BitCoin of Things (BoT) miner combining a Wi-Fi microcontroller and different sensors such as an accelerometer, microphones or buttons, generating a “Nonce” from its reads try to validate all the Blockchain pending transactions. The possibilities are lower, but it decreases the use of energy of the calculation processes making it more sustainable.

Finally, the microcontroller is attached to daily life objects, like keyboards, computer mice or salt-shakers, by using them the object can potentially generate a big number of Bitcoins, playing with the idea of finding the philosopher’s stone. 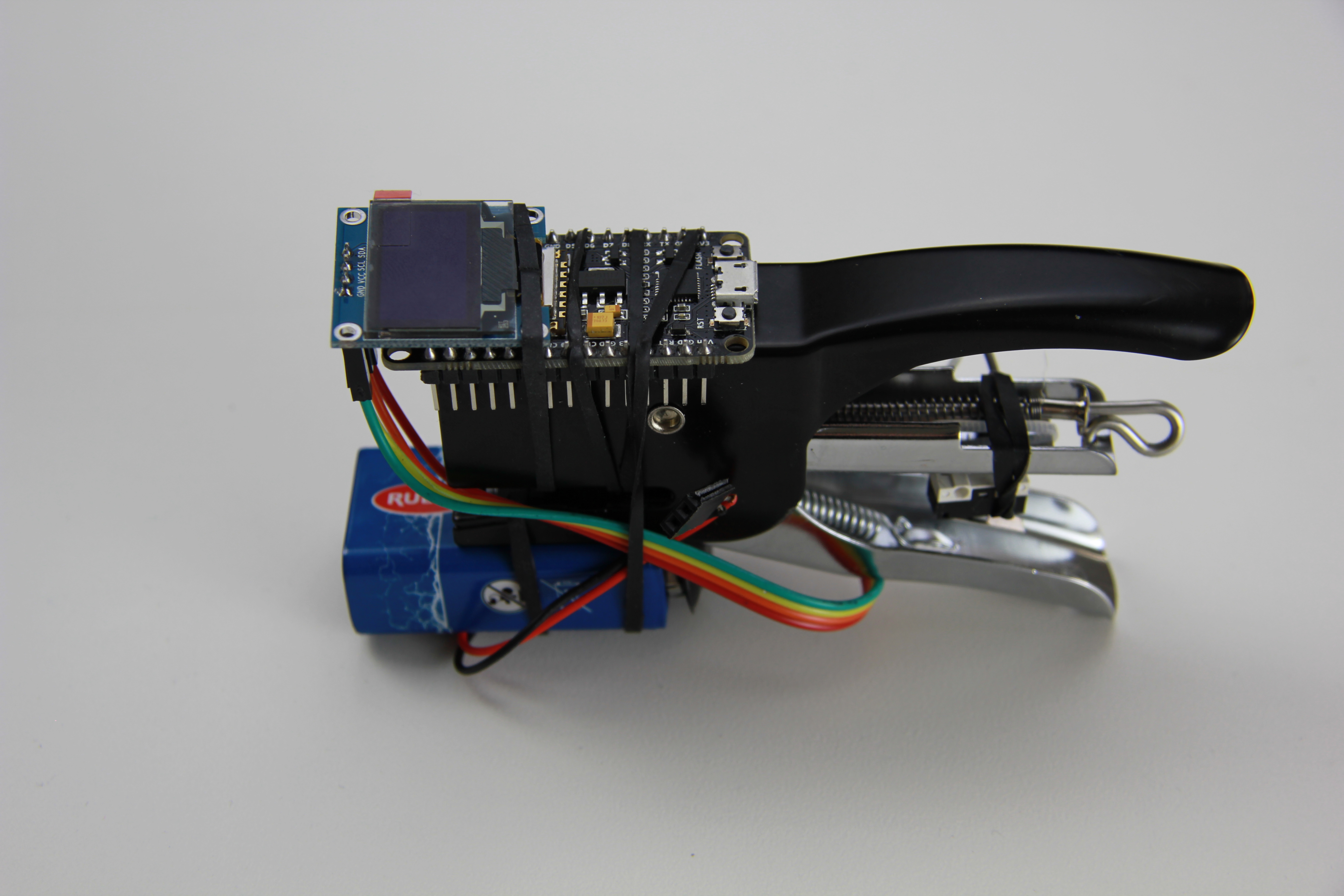 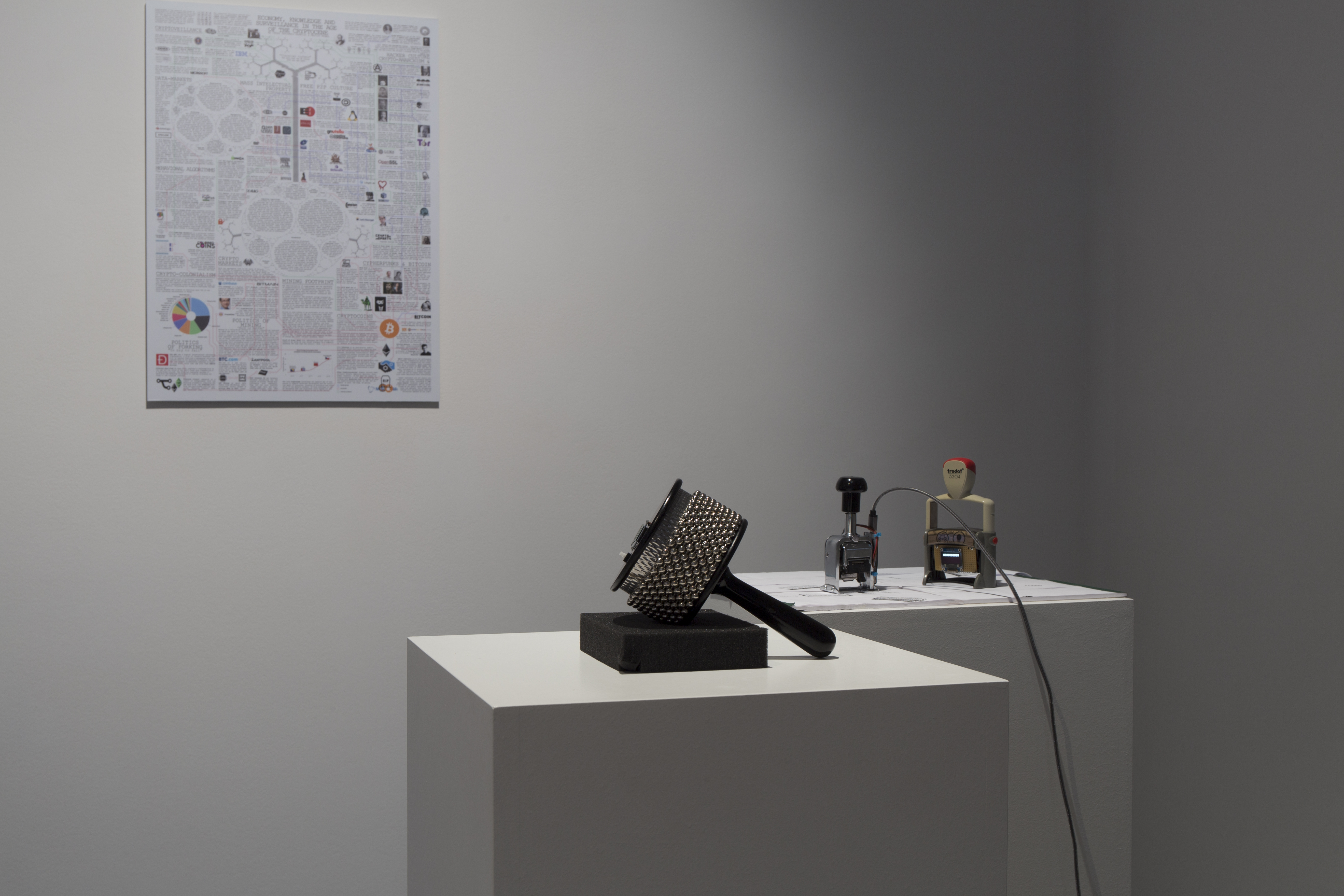 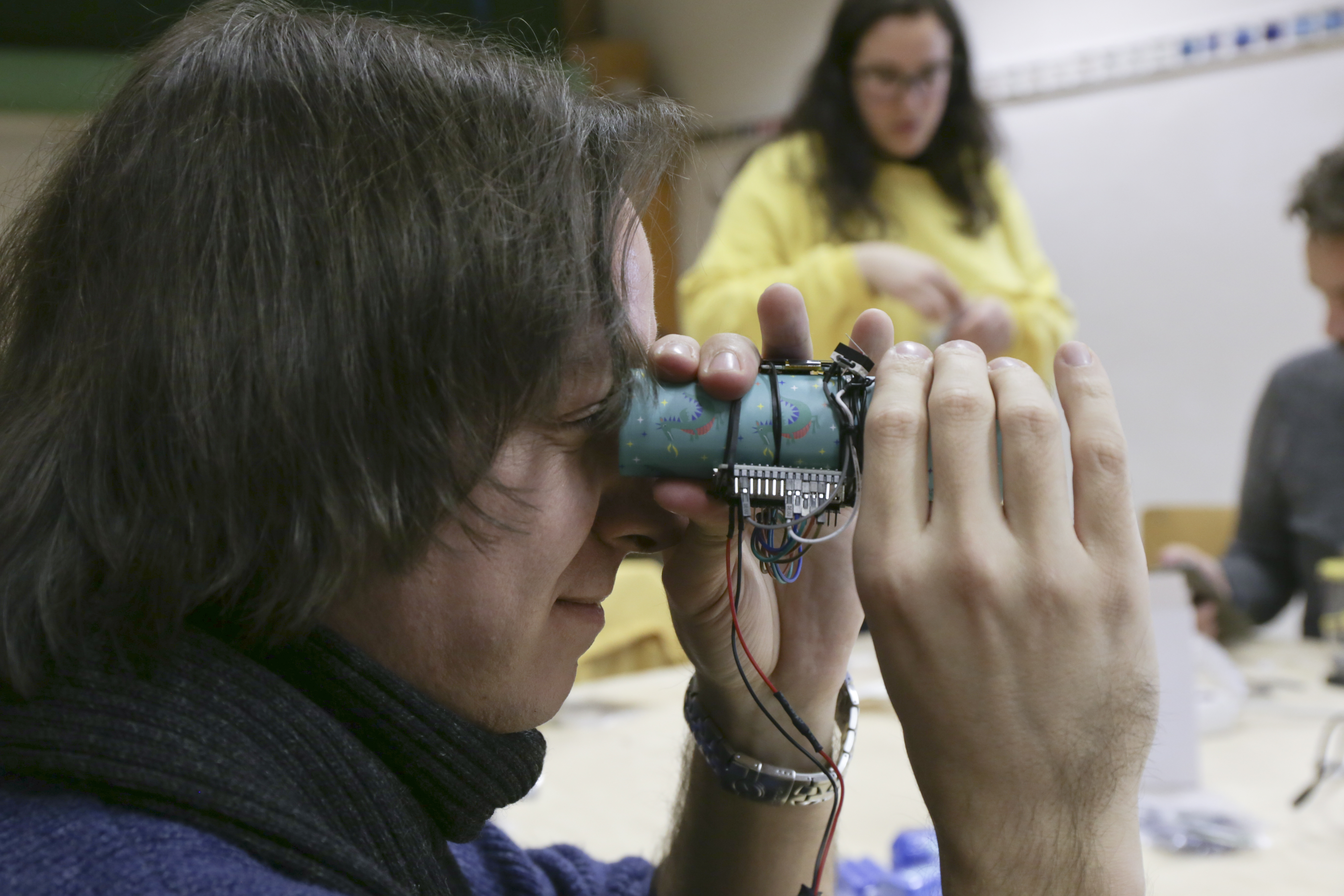 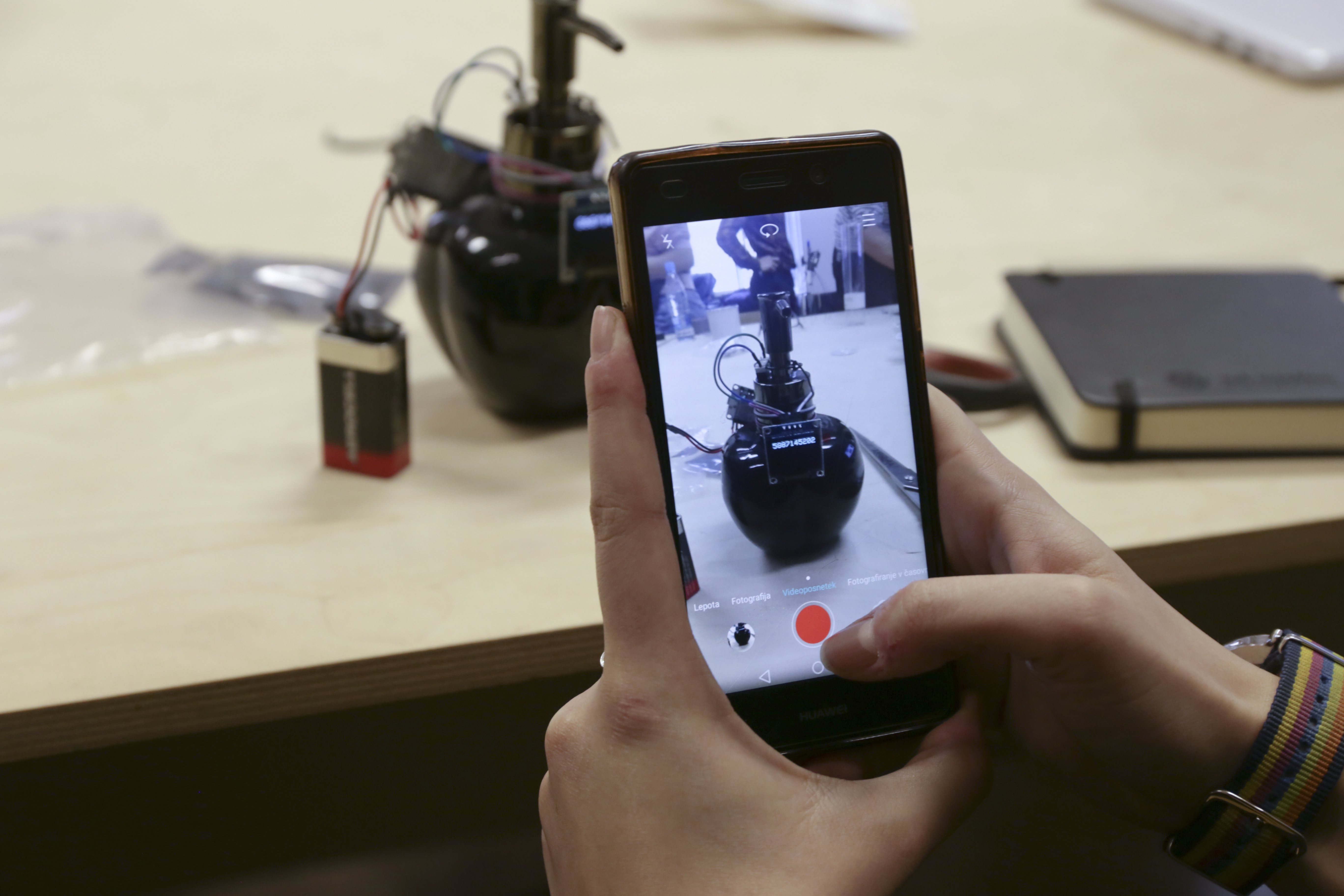 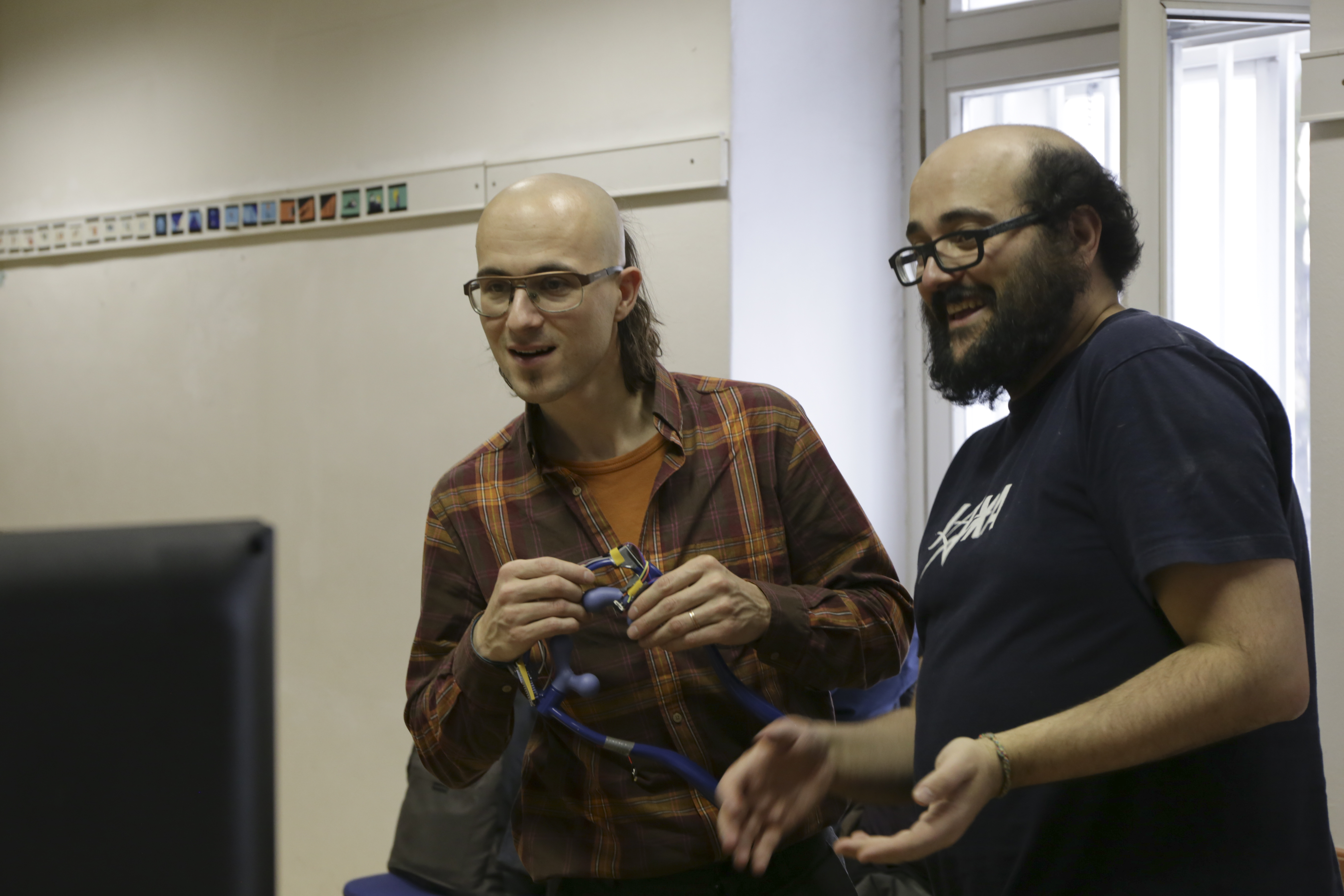 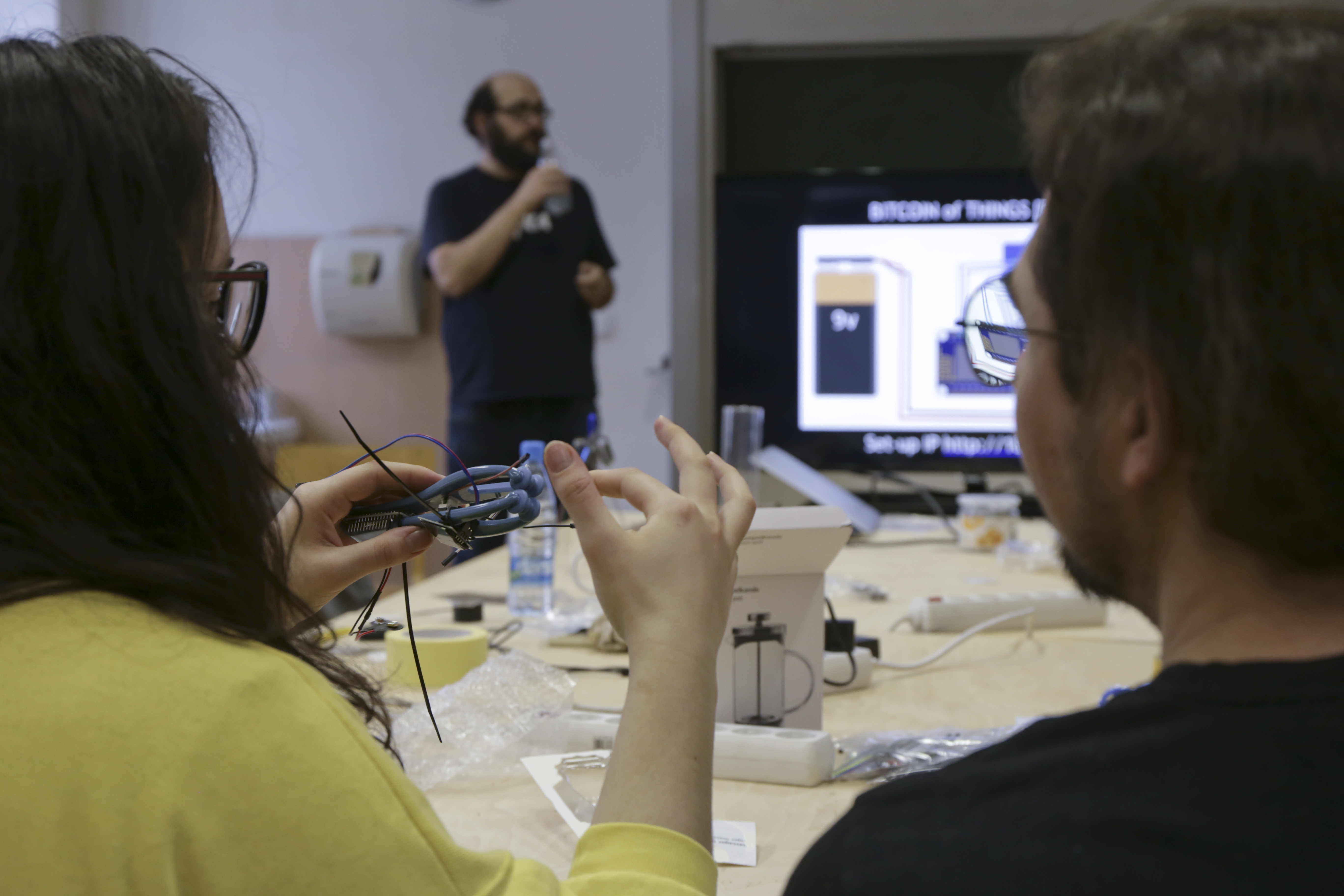 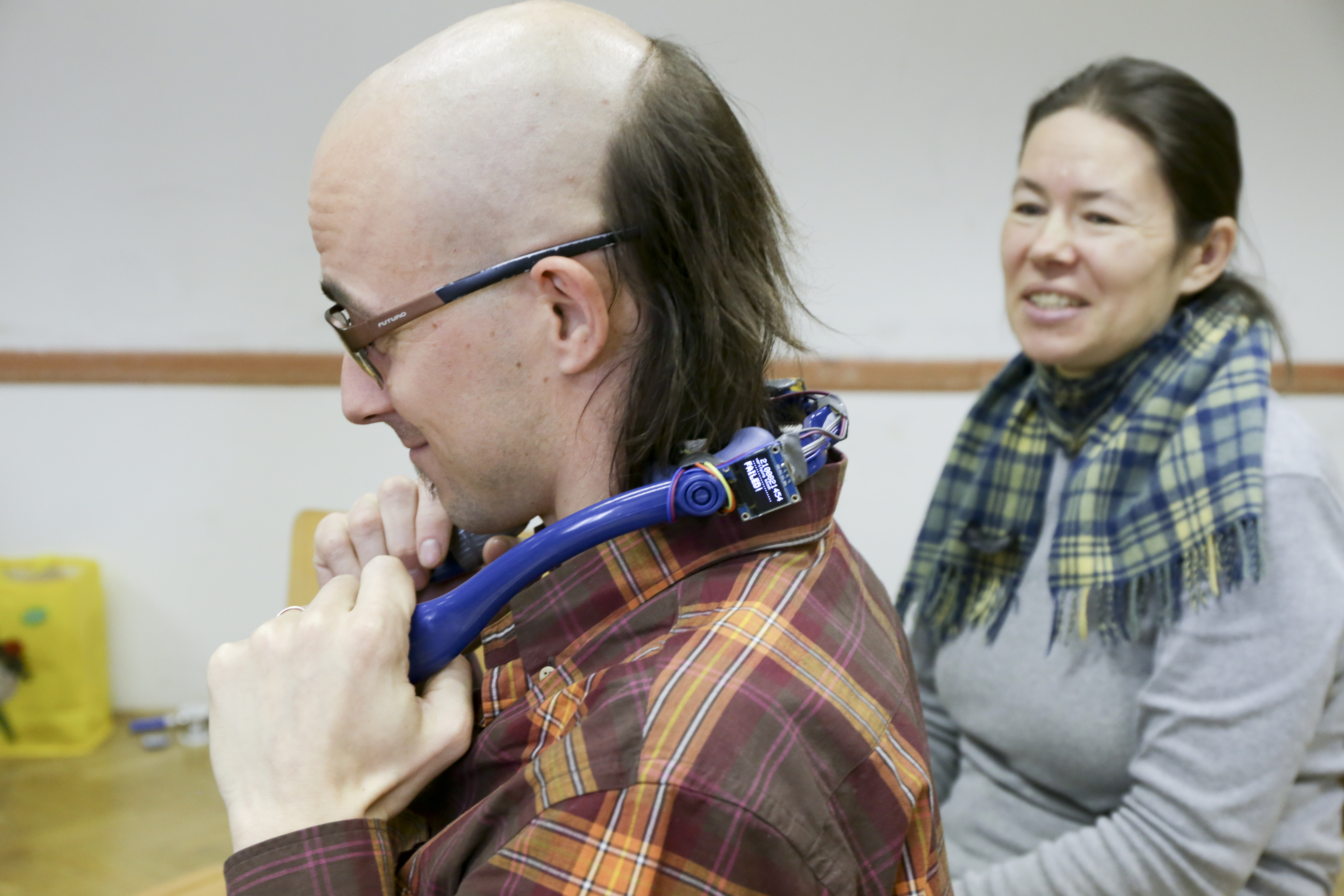 2021-ART/INSTALLATION. This project focuses on the sustainable values of machine learning (ML), carbon emissions and electricity consumption produced by ML neural network training, and calls for efficient use of GPUs […]

2019-ART/INSTALLATION. Following the legacy of previous projects such as Bittercoin, the worst miner ever and Bitcoin of Things (BoT), proposes transforming music instruments in Bitcoin miners. Combining the interactive, playful […]

2018-ART/INSTALLATION. Is an autonomous device able to cut undersea internet […]

Economy, Knowledge and Surveillance in the Age of the Cryptocene.

2018-ART/DIAGRAM. Nowadays, knowledge has been placed at the service of […]

2015-NET-ART “Not Found exhibition” is a display of online NETart artworks that are no longer active. Works that have disappeared for reasons other than their original paths and are lost […]

BITTERCOIN, the worst miner ever.

2016-ART/INSTALLATION. Bitttercoin is an old calculator machine hacked to be used as a miner validating the pending bitcoin transactions in the blockchain. It combines Internet of Things (IoT), media archaeology […]

2016-ART/WORKSHOP. Data Polluter is a didactic strategy to provide a larger quantity of noise information to Analysis-Trackers and Data-Brokers. Physical NETbots, WorKShoP. !!!DO-IT-YOURSELF DO-IT-VIRAL!!!!!!!!! This Workshop focuses on basic circuit […]
Loading Comments...
%d bloggers like this: